(Haven’t read our introduction to the 12 core brand archetypes yet? check it out here)

I don’t necessarily want to tell you this, but I will. My name is Alice and I am a Trekkie.

What am I telling you this for? Well, for those of you unfamiliar with it, the mission of the Starship Enterprise, the spaceship captained by Shatner’s James T. Kirk, is:

“to explore strange new worlds, to seek out new life and new civilizations, to boldly go where no man has gone before”

These principles are at the root of the Explorer archetype - the desire to gain fulfilment and live a truly authentic life through discovery.

The show’s creator, Gene Roddenberry, was hugely inspired by Westerns and the nomadic life of the cowboy. In fact, the show was almost titled ‘Wagon Train to the Stars’.

In addition, he told friends that he intended to model the series on Gulliver’s Travels, in which the eponymous hero finds himself washed ashore in a strange new land following a shipwreck.

In creating Star Trek, Roddenberry drew upon these established uses of the Explorer (also known as the Adventurer, Seeker, Wanderer, Individualist and Pioneer) in entertainment to form his own, futuristic vision of it.

Explorer brands are innovative and ambitious. They seek out the new, pushing boundaries and delighting in unexpected discoveries, embracing a “no limit” philosophy. The Explorer is a natural choice of brand personality for rugged products which are used in the wild, such as off-road vehicles and clothing.

However, it is not all about literal journeys and physical exploration.

Many successful Explorer brands are ones who allow their customers a more figurative freedom, for example, the freedom of self-sufficiency provided by accounting programme FreeAgent, which offers freelancers the ability to manage their own financial affairs.

A quick run-down of the Explorer archetype

Mission: Freedom and self-discovery through exploration

How can we express our Explorer identity?

1) This archetype is generally ahead of mainstream thinking, so building in new discoveries and ways of sharing those discoveries is essential.

2) Use an upbeat and optimistic tone of voice- the language of adventure.

3) Structure offerings and websites as if they are a journey. Use storytelling to take users to a different place.

How have other brands expressed this archetype?

As mentioned above, the Explorer is a natural choice for products which aid adventurous customers on their journey into the wild.

Jeep use the classic imagery associated with ‘the great outdoors’- mountains, wide open spaces, endless sky- in their advertising, as well as emphasizing the ability of their vehicles to get further off grid than any other.

Jeep go beyond just marketing themselves as a prop for the journey though, by appealing to the Explorer’s aversion to being tied down or fenced in by convention, as seen in this vintage Wrangler advert.

Less obvious, however, is a link between the Explorer and the everyday cup of coffee.

Traditionally, coffee had been marketed with homely, feminine imagery alluding to comfort. Starbucks, however, took coffee out of the kitchen and used brand positioning to place their emphasis on the exotic quality of the product, with a huge array of beans and blends from around the world.

The name too was inspired by Moby Dick; Starbuck is the first mate on the whaling ship The Pequod in the tale of Ahab’s voyage over the high seas.

Is your brand is an Explorer, too? Or did you resonate with a different one? You can read up on all twelve by browsing the ‘Brand Archetypes’ category.

You Can't Read The Label From Inside The Jar: A Simple Way To Test Your Message

Does it really bottle your brilliance?

A simple way to tell is to imagine stripping away your branding, so you’re...

Bottle Your Brilliance. Get More Clients

The sad fact about designers, copywriters and creatives is that we’re not always that good at doing for ourselves what we do so well for our clients.

Want a 5-step formula for nailing your magnetic marketing message? Grab it now, or click here to learn more 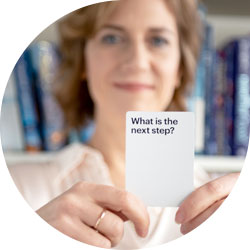 We'd love to hear from you

We’ll get back to you as soon as possible.